It’s pride month, so for the whole month of June I’m writing about LGBTQ+ representation in anime and manga! Yay for gay anime!

Okay, so what if I told you there was an absolutely brilliant dystopian anime that featured not one, not two, but FOUR canon bisexuals? Drum roll pleeeeeeeease…

It’s Shinsekai Yori, or From the New World! Not only is this one of the best anime dystopian thrillers I’ve ever seen, but four out of five of its main characters are bi. Not just implied, either…there are same-sex kisses shared on-screen by both the male and female characters. They date each other. They explicitly say that they are attracted to one another. There is no denying their bi-ness.

However, the way the characters’ sexuality is woven into the story is a little odd. They’re not just bi characters who happen to be bi – it’s actually a plot device that ties in with the dystopian setting.

Shinsekai Yori premiered in the Fall 2012 season and was based on the light novels of the same name. The show is a wild ride that keeps you on the edge of your seat throughout the entirety of its perfectly paced 25 episodes. Really, the less you know about the plot going in, the better your experience watching the show will be, so I’ll keep it short:

The show is set in a future where everyone has psychic powers and follows five characters from childhood to adulthood as they slowly discover that the community they’re living in, Kamisu 66, has a lot of crazy shit going on behind the scenes. The leaders of the town plot to kill any child who causes trouble. They also try to kill off any kid who isn’t good enough in school…or any kid who’s too good in school. And, most relevant to this post, the New World uses sex as a way to keep its citizens docile.

Kamisu 66 wants to model its citizens after bonobos, a species of monkey that relieve stress and deal with conflict through sexual contact, thus creating a “society of love.” In an attempt to emulate this society, Kamisu 66 encourages a hyper-sexual adolescence among its citizens. Teenagers are encouraged to use sex as a way to ease any feelings of doubt they may have about how their community operates.

Basically, they want kids to be too busy fucking each other to realize that they’re living in a twisted, evil place. But, at the same time, Kamisu 66 doesn’t want a bunch of kids getting each other pregnant and bringing more potential problem children into the world, so they encourage same-sex relations instead.

Which brings us to our main characters. Once the show gets into their teenage years, everyone aside from Mamoru gets paired off into a same-sex relationship. Mamoru ends up lusting after Maria, who is dating Saki, who is in love with Shun, who is dating Satoru…a whole love octagon thing ends up happening.

On one hand, I want to be like, “yaaaay, look at all this representation!” But, on the other hand, that’s not really, you know, good realistic representation. Many of the students don’t seem to be actually bi, Kamisu 66 just conditions its citizens to be this way and then expects them to grow out of this “phase” upon reaching adulthood so that they can pursue more “traditional” relationships. They see same-sex relations as immature, and expect its citizens to (literally) straighten themselves out later.

This is not unlike the way Japanese society treats same-sex relationships among young women in anime and manga. You can see it in the Class S genre – you can have a bit of innocent experimentation, but you better knock that shit off once you grow up. It also has hints of the “bisexuals are just greedy horn dogs” stereotype. I mean, they’re literally all supposed to be humping themselves into blissful government submission, after all.

Undoubtedly, the way Kamisu 66 treats bisexuality is fucked up…just like the way they handle pretty much everything is fucked up. It’s a dystopian story, after all, so naturally a huge theme is that Kamisu 66 is generally awful, and that the way it treats its citizens is wrong. You’re not supposed to agree with any of Kamisu 66’s policies, so I never necessarily felt that the show actually wanted you to actually agree with this school of thinking. Plus, in an attempt to stay relatively spoiler-free, it seemed to me that at least one of the characters still had strong feelings for their lover even into adulthood, which would ultimately prove the “just a phase” stereotype about bisexuality wrong.

Granted, it doesn’t seem that these relationships were included because the writers wanted to be progressive and advance the community’s representation or anything. They had a very specific purpose – to advance the subplot of Kamisu 66 trying to placate its citizens through sex. STILL, just because this wasn’t the intended effect, that doesn’t change the fact that inclusion of a bunch of canon bisexual characters is PRETTY DAMN COOL!

Generally, when a non-BL/GL show includes any queer characters at all, it never really goes beyond subtext. There’s never any real explicitly expression of their feelings. At the most, the sexual tension may culminate in a vague confession that viewers can still interpret as being platonic. But in Shinsekai Yori, there is absolutely no arguing that the relationships between Shun/Satoru & Saki/Maria were anything other than sexual.

Interestingly enough, when the series aired, the same-sex kisses also caused an uproar among fans who were upset that “everyone suddenly turned gay,” and some people were confused as to why a show would include homosexual relationships if it wasn’t a yaoi or yuri. Like I mentioned before, there was a clear reason as to why these relationships were included, and anyone who didn’t immediately drop the show after witnessing two boys kiss would have realized that. There were also hints that Maria had feelings for Saki from episode one, even before the Big Bi Apocalypse of later episodes.

LGBTQ characters shouldn’t be expected to exist solely within one specific, confining genre. It shouldn’t be this huge shock every time they show up in an anime title that isn’t marketed as being BL or yuri. In real life, queer people don’t exist solely in spaces specifically designated for queer people. Gay guys don’t cease to exist outside the walls of a gay bar. As shocking as it may seem, queer people exist and are out there in the real world, walking the streets and going to the store along with everyone else! So why would fictional queer characters only be included in the realm of BL/GL anime & manga? It’s so important to have queer relationships in a show that is not about queer romance because it helps to normalize those relationships. By including some gay kissing in something that’s supposed to be a “normal anime,” it reminds viewers that, hey, we  don’t only exist in a vacuum! It forces viewers to acknowledge that these relationships exist everywhere, whether they like it or not. …even if those relationships are part of a dystopian sex plot.

Shinsekai Yori joins the ranks of shows like No. 6 and Samurai Flamenco that include same-sex relationships despite not being within the yaoi or yuri genre. People were similarly upset with these shows because there was no label on them explicitly saying, “hey this is gonna have some gay shit in it!”

Hopefully, more anime like these will be made so that visibility can spread itself further. And y’all will just have to deal with it while I thrive in the bisexual representation!

Personally, this is a title I would highly recommend, and not just because I love seeing the gays in action. It’s a visually interesting series with a gripping narrative. It also has some of the smoothest anime time-skips I’ve ever seen – it successfully follows the characters from childhood to full on adulthood in a way that never feels rushed. If you want a sexy show that involves rat-people and evil governments, check this out!

Here are some related linked because it’s ~pride month~ and I’m here to hype up all the gay anime content I can find:

10 thoughts on “The Bisexual Dystopia of Shin Sekai Yori: or, how an evil anime government tried to make all the kids gay” 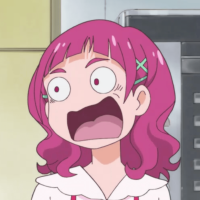 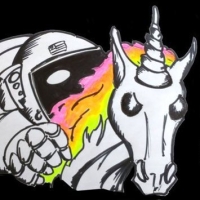