If you’ve been watching Kunihiko Ikuhara’s latest project, Sarazanmai, you’ve probably found yourself confused by what was happening on-screen at least two or twelve times. It’s a story about complicated sibling relationships, floating definitely-not-Amazon packages, gay otter police officers, and teens getting turned into kappas so they can extract desire from giant zombie buttholes. It’s wilder than I could have ever predicted.

You may also find yourself asking, “how much of this series is weird because Ikuhara is a weirdo, and how much of this is weird because I’m not Japanese and I don’t get the references?” If you’re anything like me, the only things you know about kappa came from games like Harvest Moon, which does not involve buttholes. So, I decided to dive deep into the world of kappa legends to better understand the madness that is Sarazanmai.

And, believe it or not, the idea that we all have a ball of desire in our anuses is more than just a wacky Ikuhara-ism – it’s a huge part of kappa mythology! Let me give you a crash course in kappa.

Kappa in mythology and folklore

Kappa are a type of suijin (水神), or water deity, that are found in lakes, ponds, wells, and the like. They’re one of the more well-known yōkai, but there’s still a lot about them that I wasn’t aware of before writing up this post.

According to ancient legend, kappa were notorious assholes. They’re known to pull fun pranks like, uhh, drowning children, eating human flesh, and raping people. Yeah! I bet you weren’t expecting them to be that shitty, huh? They also get a kick out of farting in public, which explains why Sarazanmai‘s Keppi has been shown tooting on screen more than once.

Traditionally, though, kappa aren’t as cute as Keppi. In one myth, a kappa was described as a “horrid monster” with a “turtle’s shell and beak, a monkey’s face and the arms and legs of a frog.” They’re also known to have a sort of dish-like depression on their heads that hold their life-force, but we’ll get into kappa and their dishes later on.

Other legends state that kappa will also perform good deeds for humans once they are befriended. Even those pesky flesh-eating kappa will help out on farms if a farmer manages to capture it. Kappa are also known for their medical knowledge, and the discovery of bone-setting is often attributed to kappas.

Over time, Japanese media has depicted kappas less like horrifying flesh-eating rapists and more like cute mascots. In The Book of Yokai: Mysterious Creatures of Japanese Folklore, scholar and East Asian mythology expert Micheal Dylan Foster details the transition of kappa in modern culture. In the 20’s, authors began using kappa as stand-ins for humans in satirical and comedic works. Then, there was a “kappa boom,” as he calls it, where kappas began appearing in commercial work and advertisements.

Cucumbers are a kappa’s favorite food – hence all the cucumber motifs present in Sarazanmai. In Japan, cucumber rolls are even called “kappa-maki.”

If you encounter a pesky kappa, one method of capturing them includes luring them with cucumbers. Mythology.net amusingly states that “cucumbers are one of the few things Kappa love more than the internal organs of young children.”

Many legends also state that kappa enjoy soba noodles, which could explain why episode four of Sarazanmai was so soba-centric!

Kappas and their magic dishes

The Japanese word “sara” means dish, hence the name Sarazanmai. The series has plenty of dish motifs – there’s the idol character, Sara Azuma and her catchphrase, “~diiiiishu,” and there are the wish-granting dishes that Keppi presents the boys after they extract a shirikodama.

As mentioned before, kappa have a bevel in their head that holds a dish. It is commonly believed that their dish holds their life-force and magic – if you meet a mischievous kappa, the trick to thwarting them is to make them dip their heads so that the liquid falls out of their dish. Usually, this can be done just by giving them a deep bow – bound by polite Japanese tradition, they’ll bow back just as deeply, and their dish will drain!

Sarazanmai is interpreting the dish’s magic life force to be able to grant wishes. This makes sense, since kappa are often said to have deity-level magical abilities.

Okay, okay. Let’s be real. The shirikodama is the thing you’re REALLY curious about when it comes to Sarazanmai. Fun fact – when Ikuhara pitched Sarazanmai, he reportedly did not mention butts at all. Which is interesting, because kappa and butts go together like lesbians and bears!

Apparently, the whole shirikodama thing stems from the fact that buttholes open up really wide when a person drowns (ew). Since drowning is the kappa’s go-to form of homicide, the shirikodama myth was born!

When kappa aren’t drowning people to suck out their butt-souls, they like to hide in bathrooms and try to stroke women’s butts. They’ve got a whole butt fetish thing going on, apparently.

Other media with kappa

Kappa have appeared in the Animal Crossing and Harvest Moon video games, and the koopas in the Super Mario Bros. series are said to be kappa-inspired. Kappa pop up in Western media from time to time, too: in the animated Hellboy series, Hellboy wrestles a kappa, and a kappa briefly appears in Fantastic Beasts: The Crimes of Grindelwald.

There’s also a lot of other anime and manga that feature kappa…too many for me to list, so I’ma be lazy and link you to TV Tropes. 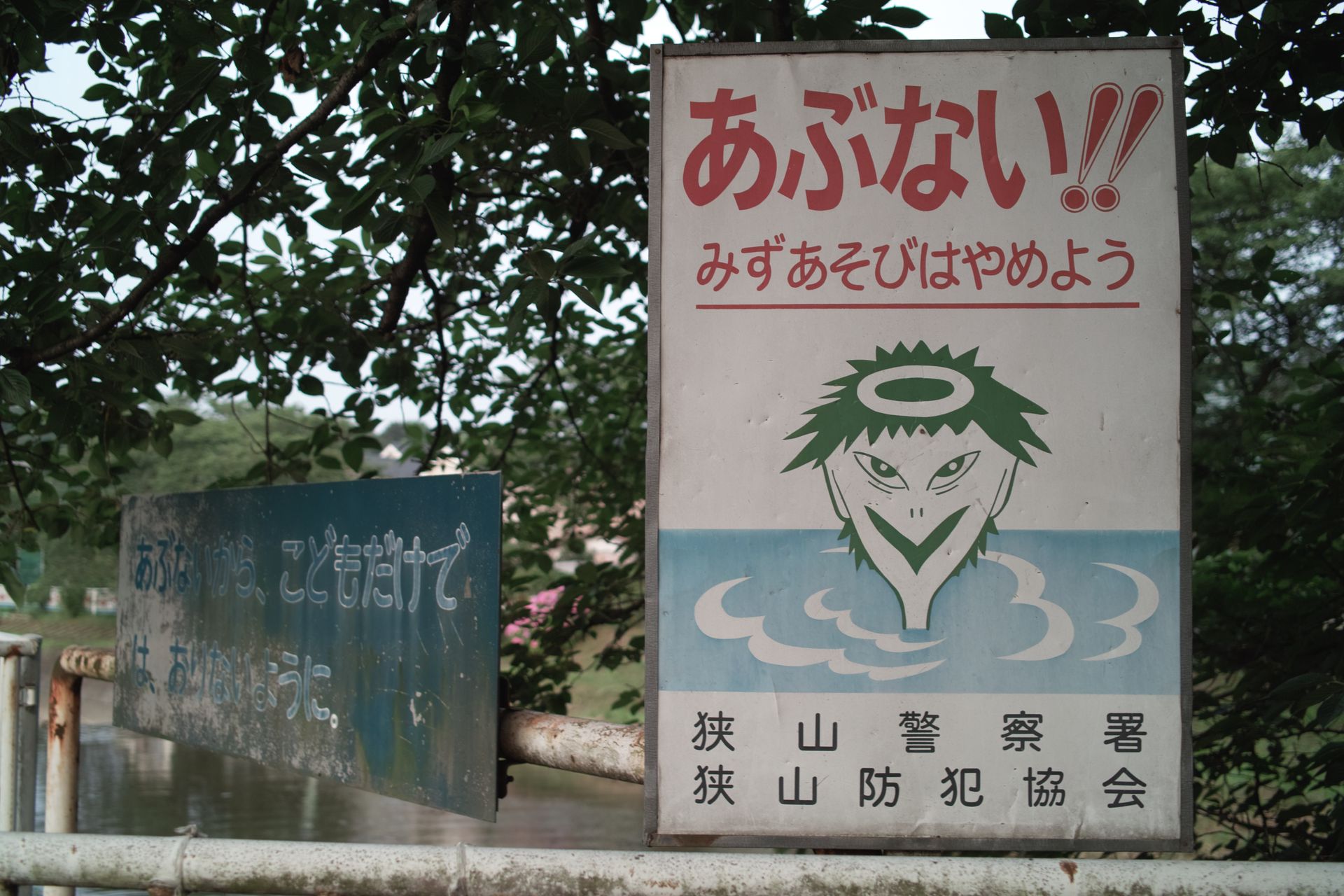 Traditionally, the kappa myth was used to scare kids away from swimming in rivers unsupervised. To this day, kappas still appear on signs near rivers and lakes to warn children about the hazards of drowning.

As far as I could tell from my tentative Googling, it doesn’t seem like kappa are traditionally associated with queer culture in any way, so it looks like Ikuhara’s connections with kappa, desire, and closeted sexuality are totally original.

I would also like to add that Googling specific things about kappa is kind of difficult, since I kept getting redirected to information about American frats. :p

Now that I have more context to go along with my Sarazanmai viewings, I should be able to follow along with  what’s going on in an episode…well, maybe. Five episodes and a few short stories about kappa later, the butthole balls seem a little less weird now…

“Genta and the Kappa.” Myths and Legends, East of England Broadband Network, myths.e2bn.org/mythsandlegends/userstory8593-genta-and-the-kappa.html.

2 thoughts on “Mythology and Sarazanmai: Kappa really do dive into buttholes!”